The CARF-Models Pitts S12 – the first full composite kit of a biplane. A lot of serious engineering work had to be done to realize this project. The result is amazing. With purchasing the CARF-Models’ Pitts you’re getting the same grade of prefabrication you already know from all our other kits. There is no fighting with details. All the hard work is already done. All alignments are checked. Just put your engine and RC in the plane and go fly!

We hear that again and again: “A full composite biplane can only be heavy!”. Well, every time when we are flying the still existing prototype in the red “Oracle”-scheme we do smile a bit about such assumption. Even with a very used DA-150 on pipes the performance is amazing! And there will definitely be no problem with the CG, if you just follow a few tips, all mentioned in the state-of-the-art instruction manual.

But an old 150 twin is not the only engine choice. While the Pitts’ flying characteristics can even compete with contest proven monoplanes, its favourite job is a big airshow for sure. You want to make this impressive plane even more impressive? Put a 4-cylinder in it and hide it behind smoke down on the deck. You want to be more scale? No problem. The popular Moki 250 radial four-stroke fits perfectly under the cowling and delivers enough power for all kinds of scale aerobatics.

Let’s give you a taste of all that amazing details, realized in this giant project: 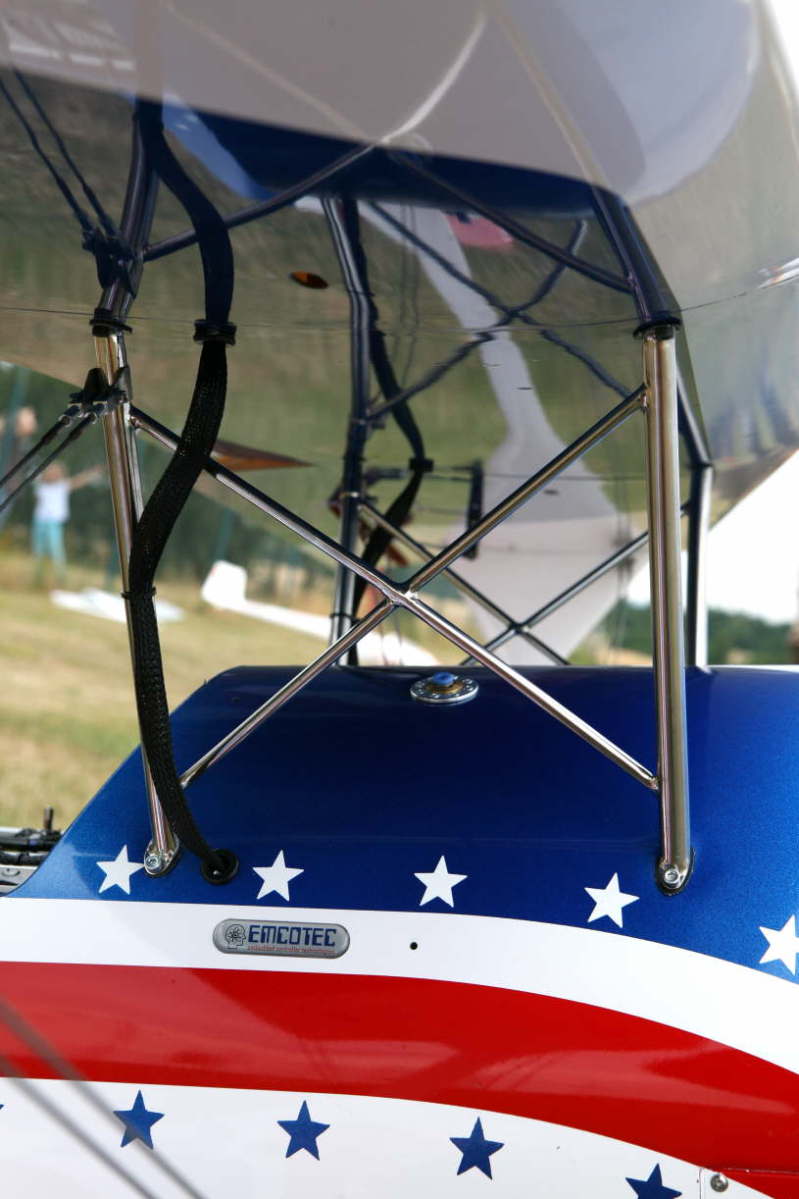 Let's take a closer look at the wings first. Have your ever heard of the "TAVS"-technology, developed by CARF-Models? Well, it stands for "Total Area Vacuum Sandwich" - making the wings so strong and stiff, no wooden or foam-sandwich plane can compete with. A rib and spare structure inside the wing is already prepared for the aluminum spar tube and all the servos. Its made from high quality balsa and plywood, and - where necessary - it is coated with fiberglass or carbon.

It was a real challenge to build the wings light while keeping them strong enough. Like on our monoplanes, everything is prepared, all the alignment work is done. We already took care about all details, which are difficult to realize. And actually, there is a lot more to do than on a monoplane. The centerpart of the upper wing is connected with the caban struts and can stay at its place during transportation for most purposes. The rest is connected with 30mm aluminum alloy tubes and secured with bolts and anti-rotation-pins. The outer struts are full composite parts, strengthend with aluminum inserts which also work as the connectors for the flying wires. They easily fit into pockets already prepared in the wings.

All ailerons are connected with elastic hinges. You should use 2 high power digital servos for each aileron, at least JR 8411 or stronger. The servos are easy to install with the CNC milled frames. As always, there are mounts for JR or Futaba servos included. 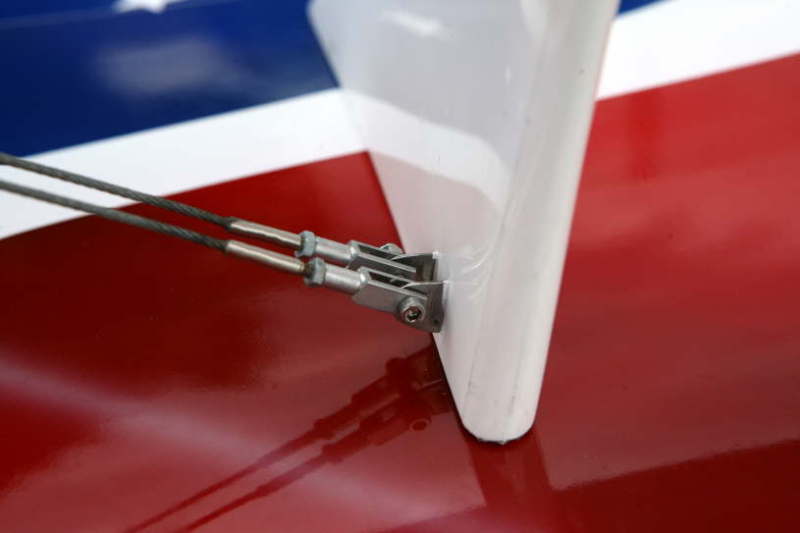 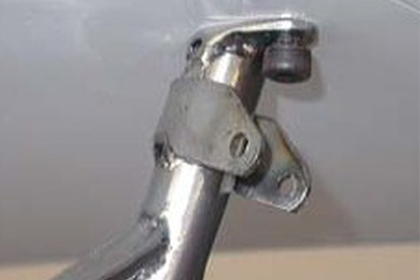 If you are using a light two cylinder engine from 150-170cc, you better should move the 4 elevator servos to the front. We used carbon tubes as pushrods and all the details are shown in the manual. If your choice is a much heavier 4 cylinder or radial engine, the servos can be installed in the tail. 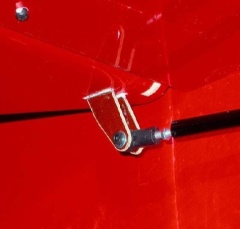 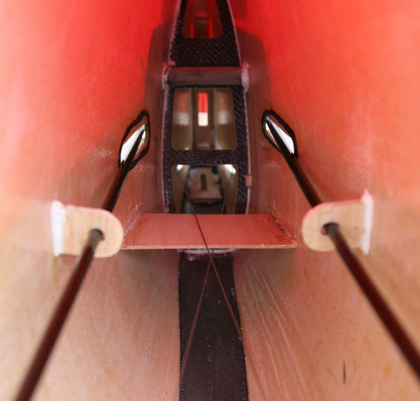 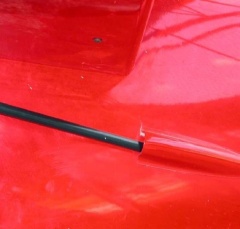 The cowling is large enough for every two or four cylinder engine in the range from 150 to 220 cc. Also a radial engine like the Moki 250cc is a great choice. The dome is long enough for a 150 and has to be cut if you decide for a four cylinder. 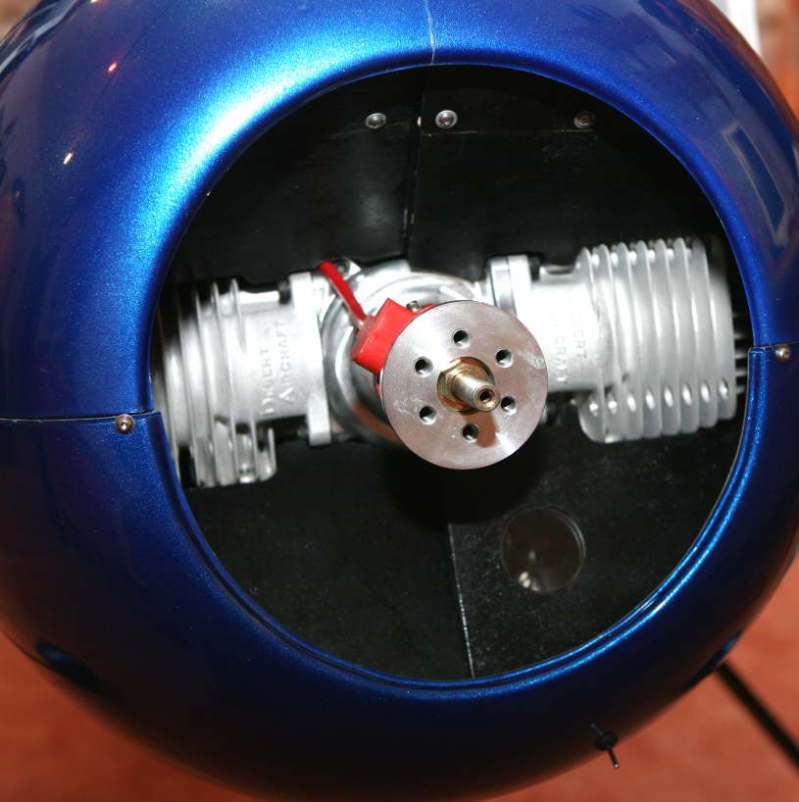 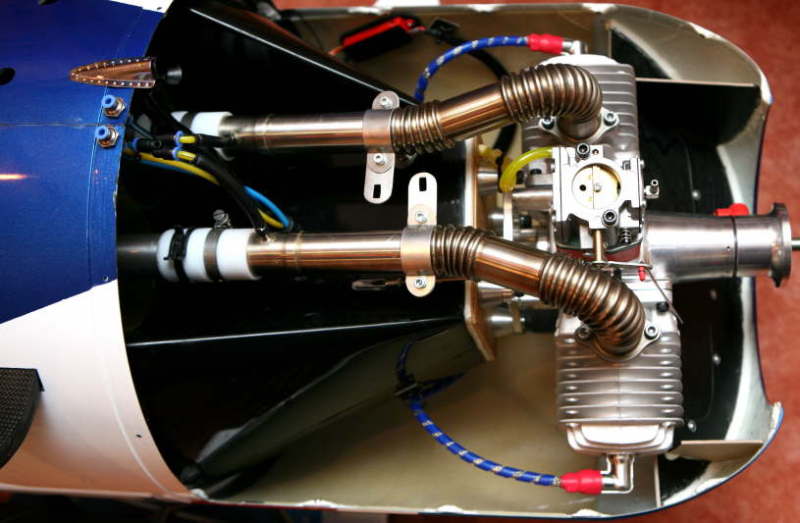 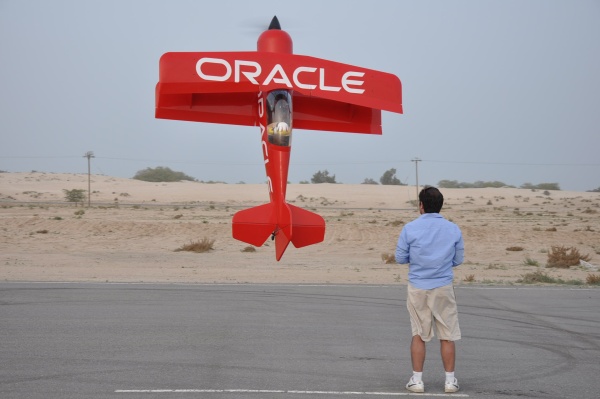 Compared to other popular biplane designs, the Pitts S12 features a long tail and a big wingspan. This is why the Pitts "behaves" really good, even for a biplane! It flies straight, it snaps like it should and it can beat any wind. It definitly doesn't fly like a blimp.

Like every other biplane, the Pitts S12 is great for all the crazy knife-edge stuff. The large fuselage side area provides the lift, while the two wings make it stable. It never get's boring to play with that!

The Pitts S12, especially in the clipped wing "Python" version shown here, is able to do possibly the fastest torque rolls ever seen. The ailerons are still highly effective in high-alpha maneuvers and so you have the choice, if you use them with or against the torque. From slow to fast, the Pitts can do everything! 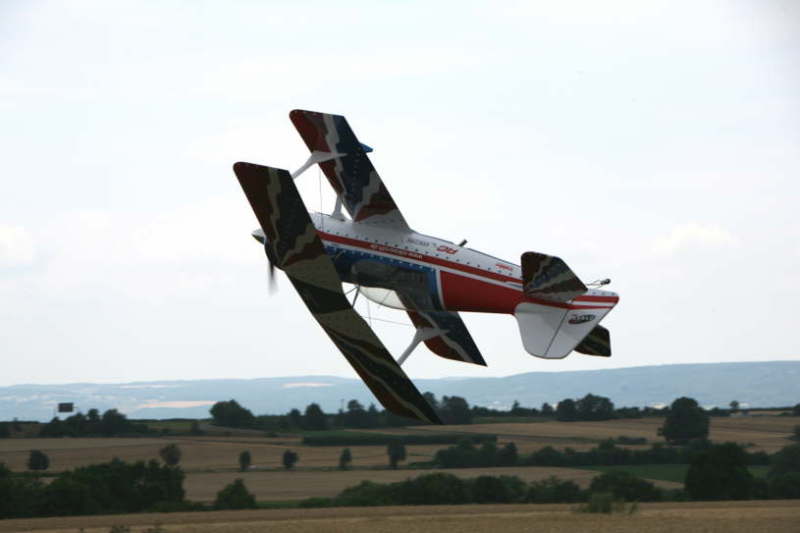 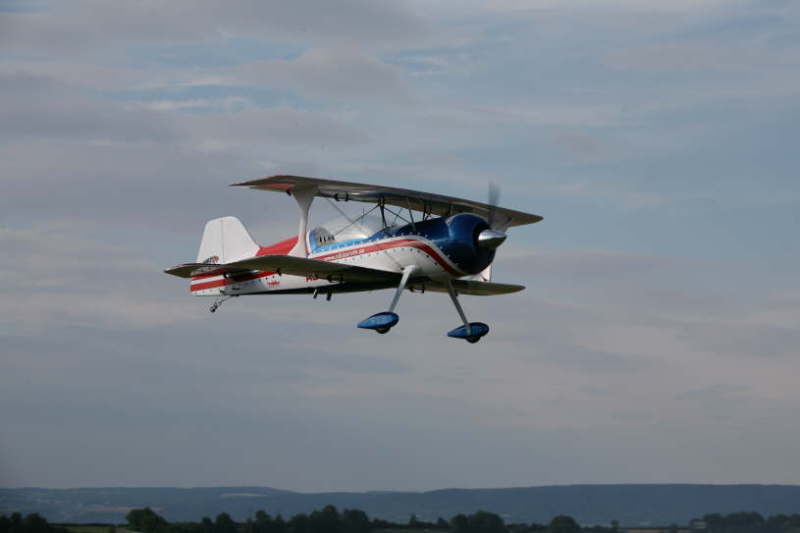 Besides that, the Pitts can do all the stuff, what made biplanes so popular. Crazy spins, great and amazingly slow knife-edges and harriers stable as driving a truck. All that combined with the impressive appearance of this Giant in the air let you be the star of every show.